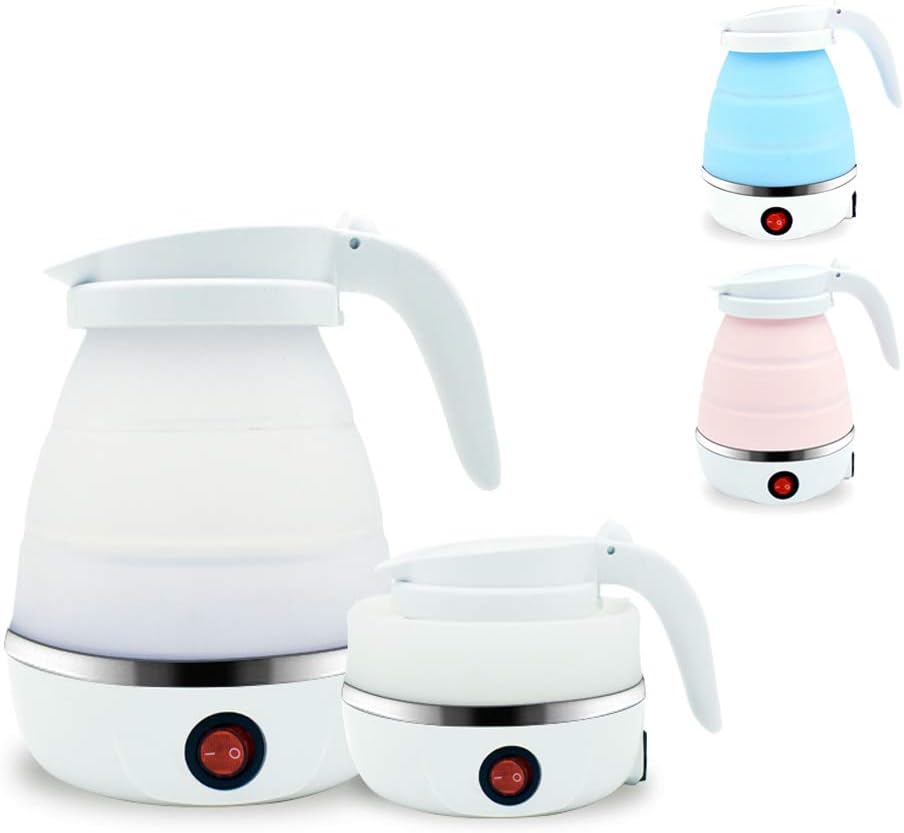 Pleaseremember to adjust correct voltage at the base of kettle according to thecountries you travel before use it.

Pleaseremember to adjust the correct voltage 110Vamp; 220Vat the base of kettleaccording to the countries you travel before use it

Pleaseunderstand that there may smell on the kettle since the material is silicone.However, please rest assure that this is food grade silicone and BPA free. Itis safe for you to boil water. Please keep lid open and put it on air vent,also you can boil the kettle with tea or lemon on first use to eliminate theabnormal smell.