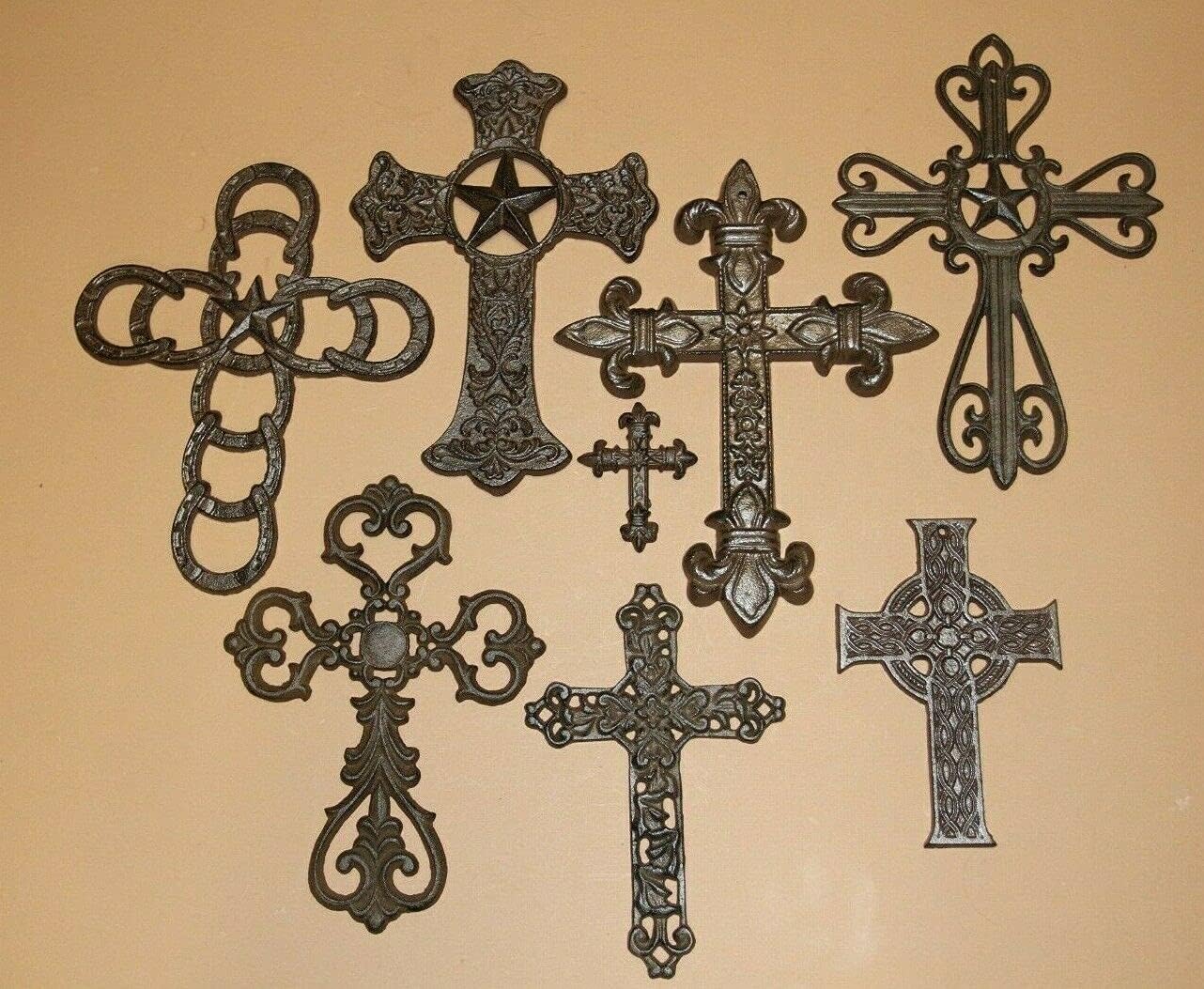 8 Beautiful cast iron wall crosses for a stunning display. C-1, C-3, C-16b, C-17b, C-19, C-30, C-31, C-72. Hang as a group or separately throughout your home. These are great to add to your collection or as gifts for friends. If displayed together, you will need a minimum space of 27 inch by 23 inch. Approximate size range is 4 inch to 12 1/4 inch. Sizes are approximate as these are hand-cast and may vary slightly. The front of the crosses are three-dimensional and the backs are flat for flush mounting. These are hand-cast and may vary slightly. There are holes or brackets on each wall cross for mounting. The holes will vary in placement as these are hand-cast. No hardware provided. You can use any type of standard screw. The finish is a baked-on rustic brown powder coat that inhibits rust. You can easily paint these to the color of your choice. We do not substitute any crosses in this collection. None of them are available for sale individually. This set is a value price. Please let us know if this is a gift. We are more than happy to include a hand-written gift message on your behalf. Our greeting cards are hand-crafted by WesT Austin and have full color photographs of beautiful Gulf Coast landscapes, wildlife, sunsets.... We do not include any invoices or packing slips with the shipment. Our cast iron products are made in China, housed and shipped by Texans in USA We ship most items via FedEx and UPS. Please do not use a PO box for your address. C-1, C-3, C-16b, C-17b, C-19, C-30, C-31, C-72