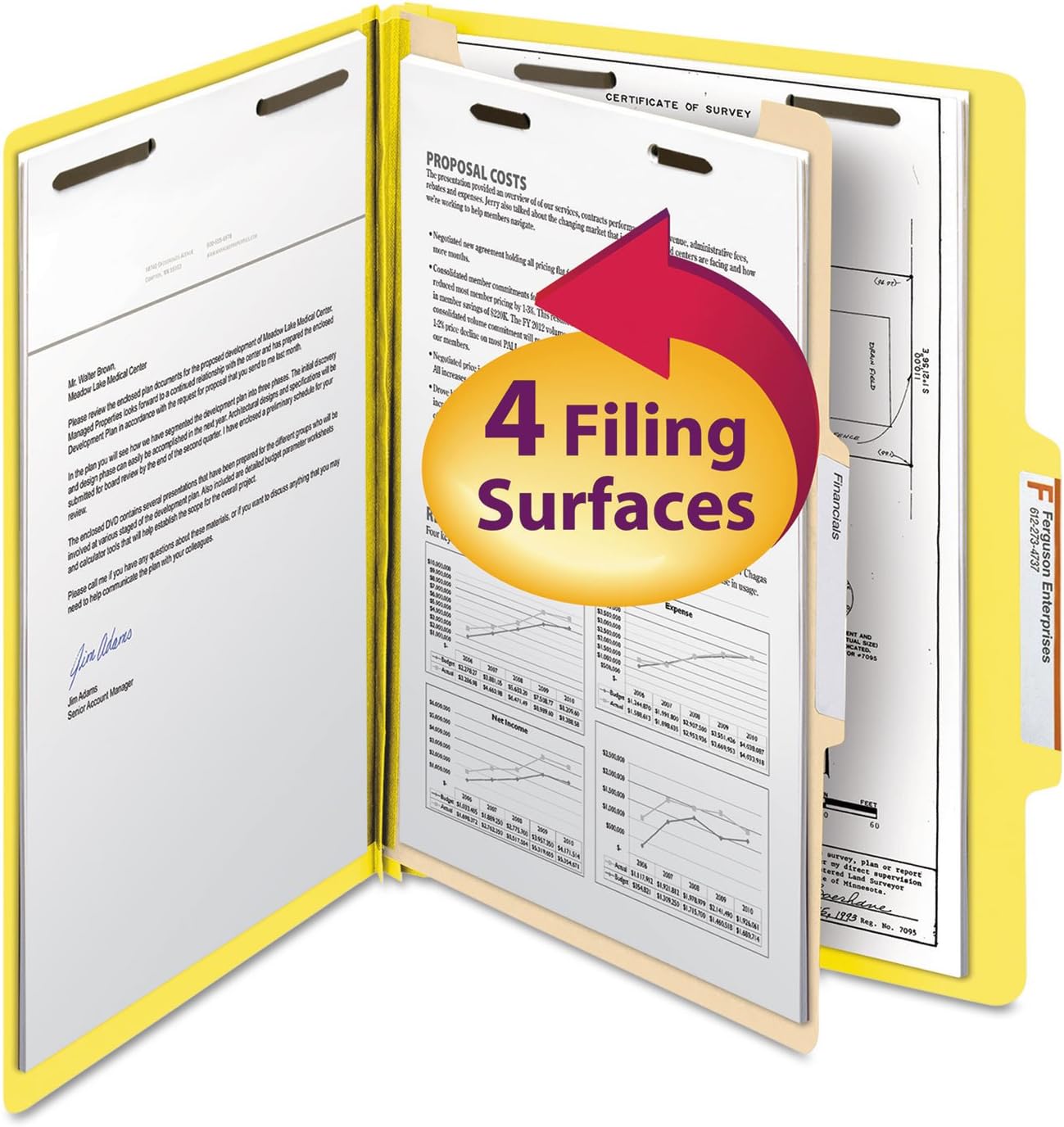 Heavyweight project files allow you to create subdivisions of material within one folder. Fasteners on front and back panels and dividers create four to six separate filing surfaces. Use color to categorize file types. This product was made using wood sourced from a certified managed forest. Classification Folder Type: Top Tab; Size: Letter; Number of Sections: 4; Cover Material(s): 14 pt. Stock.