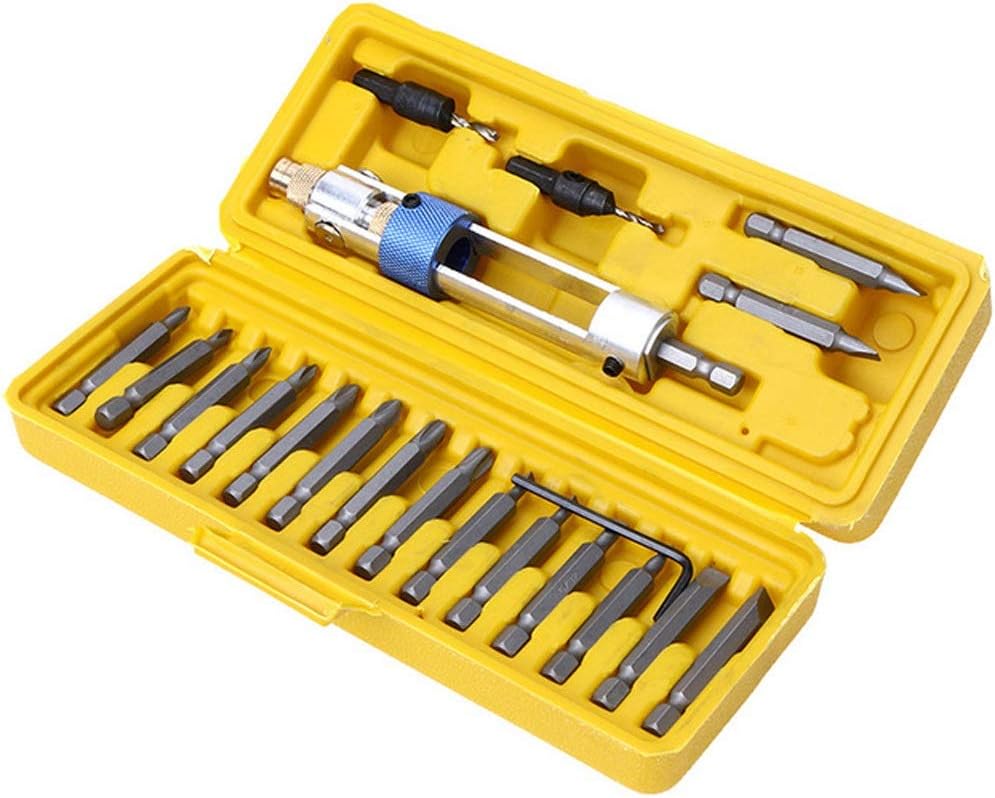 Name: Multi-function screwdriver quick-change parts
Material: carbon steel
High-quality steel is quenched and forged, suitable for punching, chamfering counterbore, and tightening screws.
A variety of specifications are available, and the specifications are rich and varied to meet the drilling needs of most customers.
The high-precision spiral ligament is polished smoothly and chips are removed, and the drilling efficiency is higher.
The general-purpose hexagonal shank is more versatile in size, the handle diameter is 6.35mm, and the hexagonal shank is designed to hold more stable.
Set Includes:
1 Half Time Drill Driver
8 Cross Bits (2 each: PH0, PH1, PH2, PH3)
8 Flathead Bits (2 each: 1/8" 3.2mm, 5/32" 4mm, 3/16" 4.8mm, 1/4" 6.3mm)
2 Countersink Bits ( 3/32" 2.4mm, 1/8" 3.2mm)
1 Allen Wrench
Note:
Light shooting and different displays may cause the color of the item in the picture a little different from the real thing. The measurement allowed error is +/- 1-3cm.
Please allow 1-3cm difference due to manual measurement and slight color variation for different display setting.